With Pablo, discover all the exhibitions in Paris and get inspired: buy your ticket directly on the application, and go live an artistic experience!

Pablo is a mobile application that makes exhibitions accessible to everyone, and gathers all the information on exhibitions in a single platform. No need to waste time searching on the net, it allows you to discover all the exhibitions by genre, to bookmark them and to share them according to your desires. 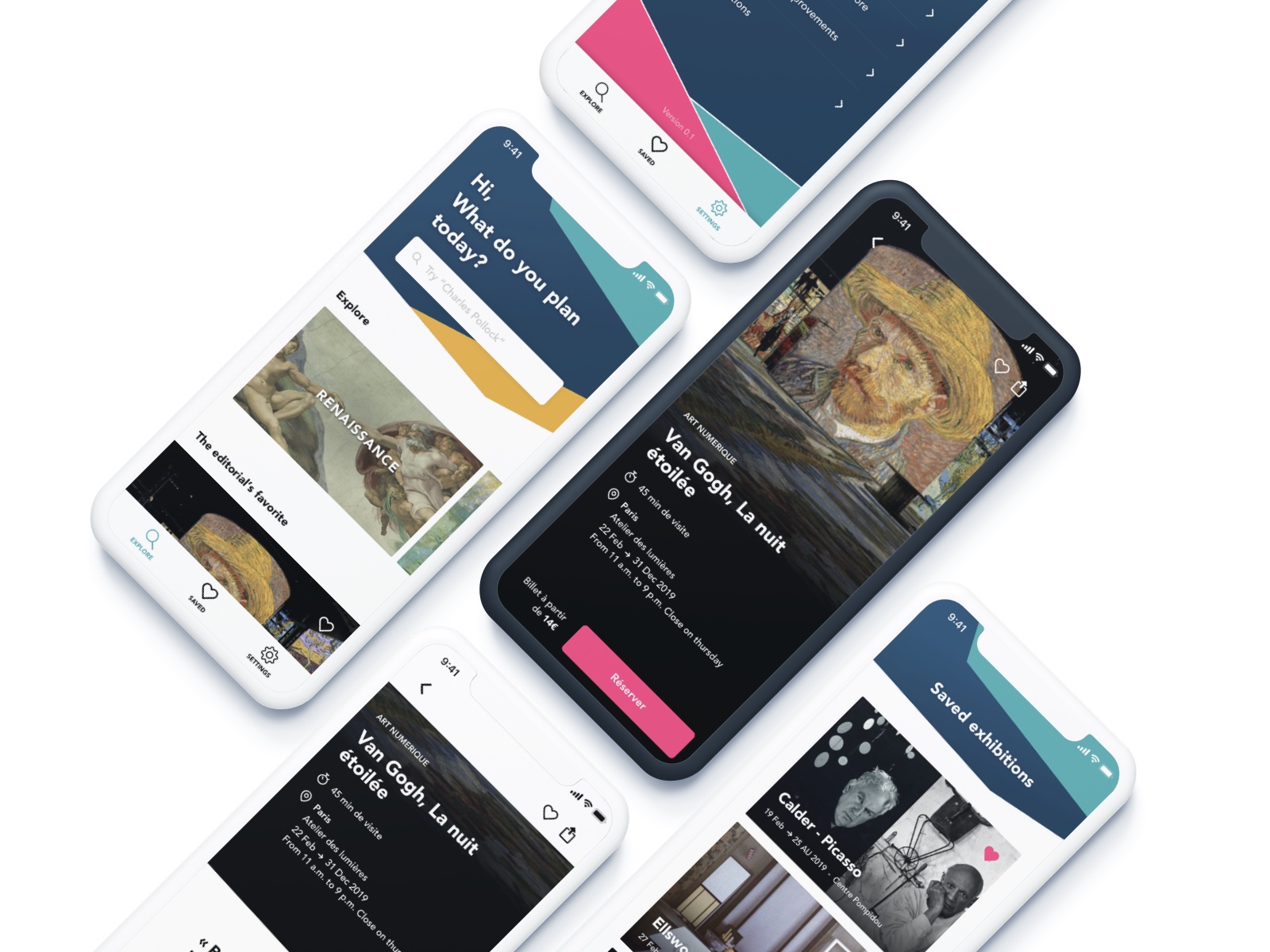 Looking for an exhibition? Pablo is the app for you! 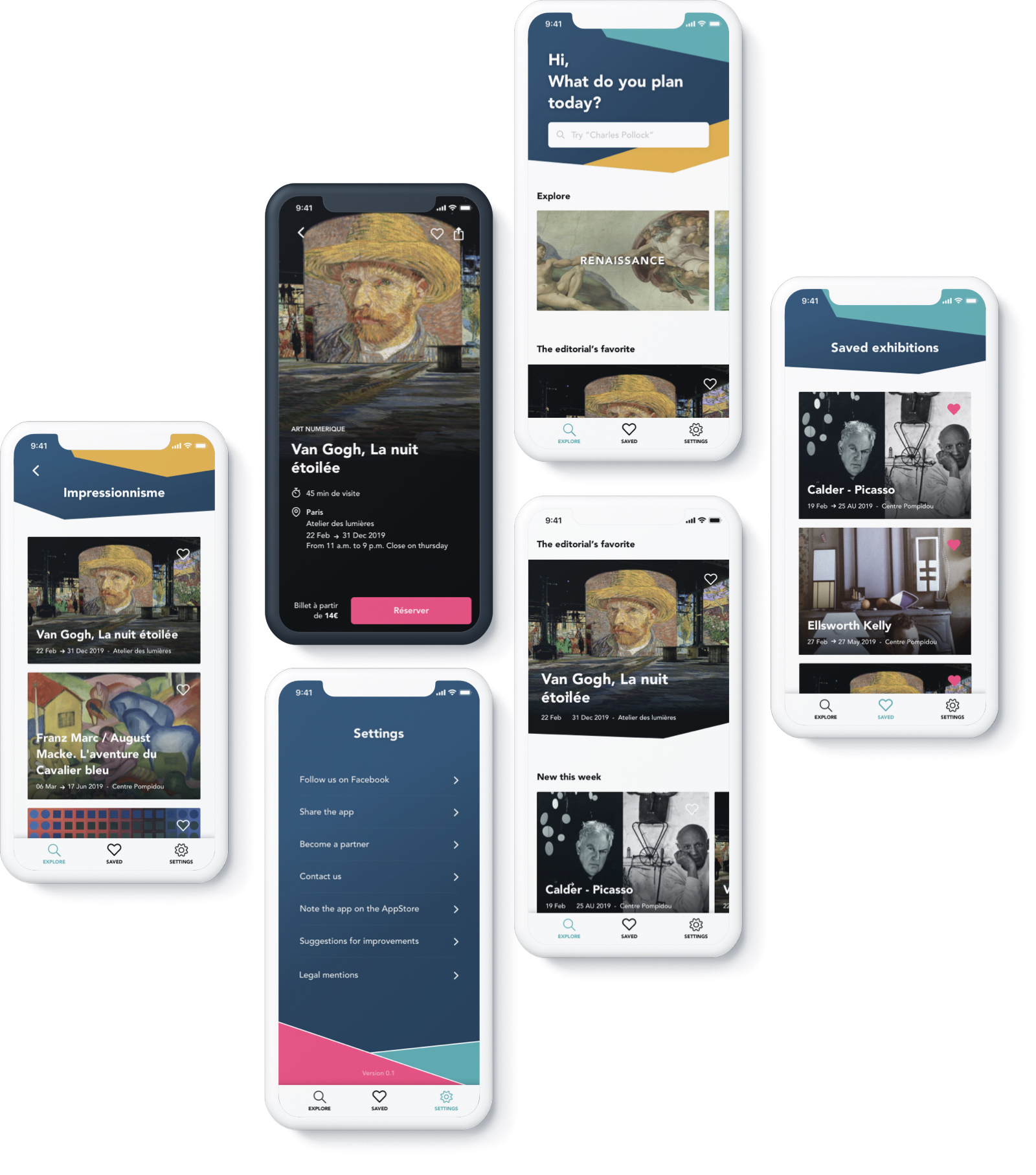 Picasso certainly created Cubism but he crossed the path of many artistic movements in the 20th century. What can be retained in his work is the principle of deconstruction / reconstruction of forms, including bodies that he treats as modules: squares, rectangles, triangles or circles.

According to his psychological state and especially his love state, the forms and the colors are more or less dull, shrill, extinguished, aggressive. During his happy periods, these will be rounder, while during his breakups, they will become more brittle.

This is what led me to the creation of Pablo’s identity. 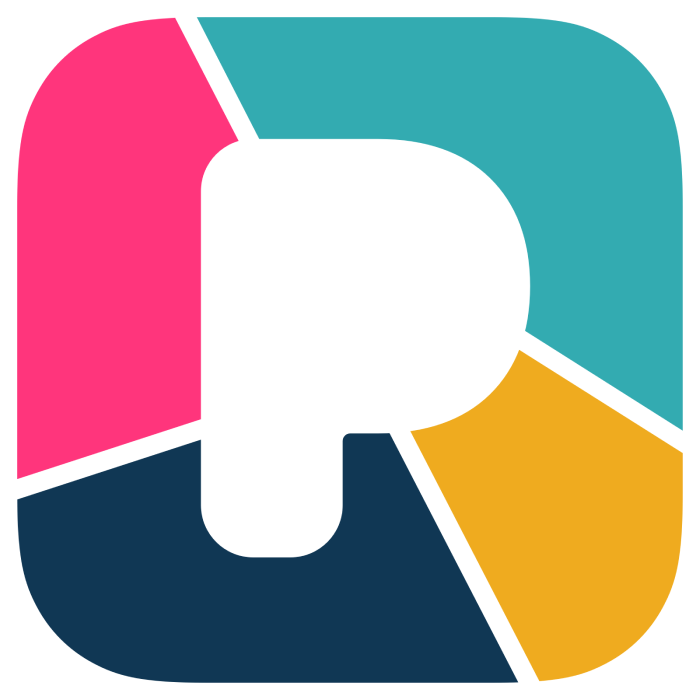 Creation of a graphic identity on social networks. 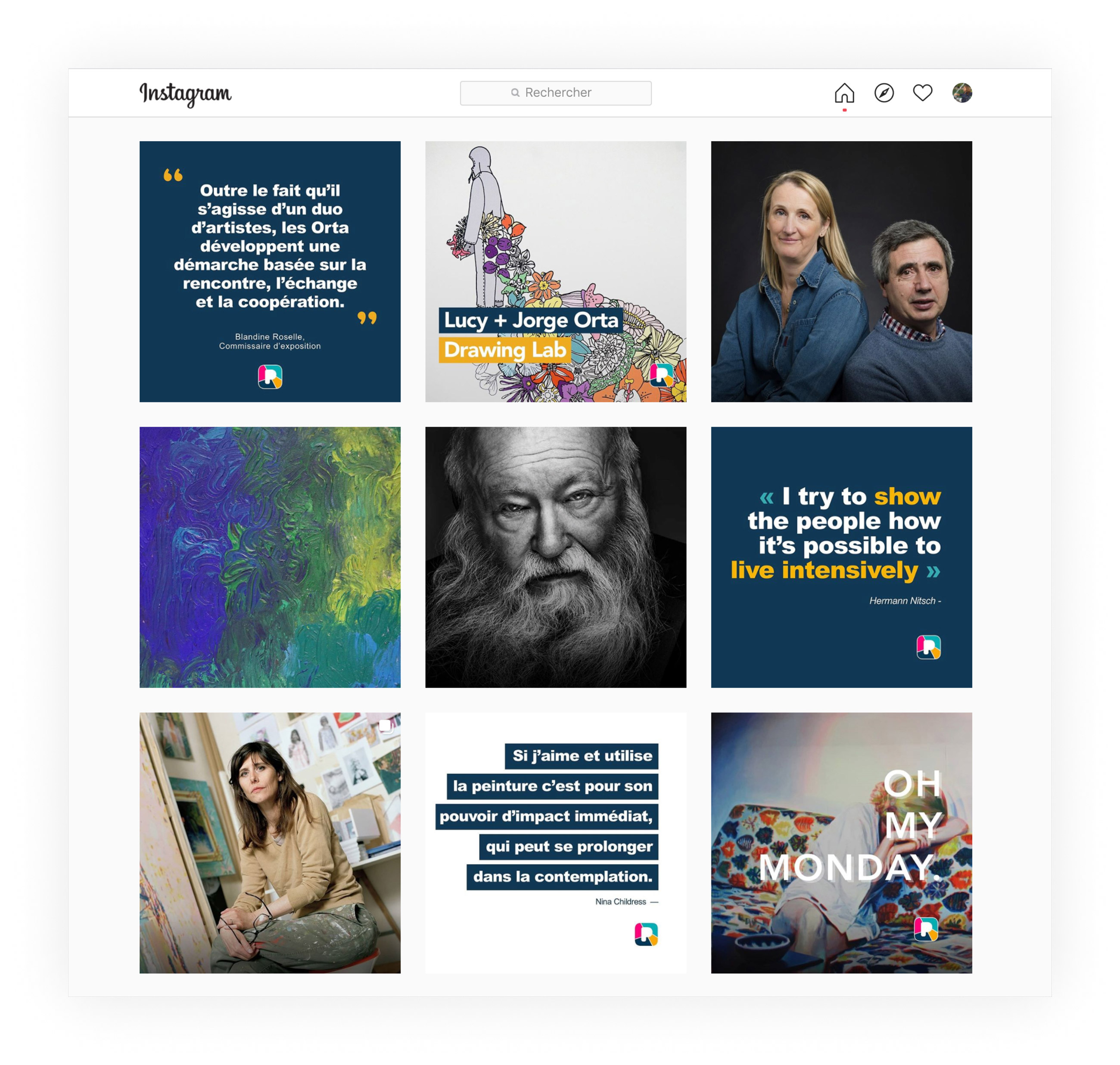 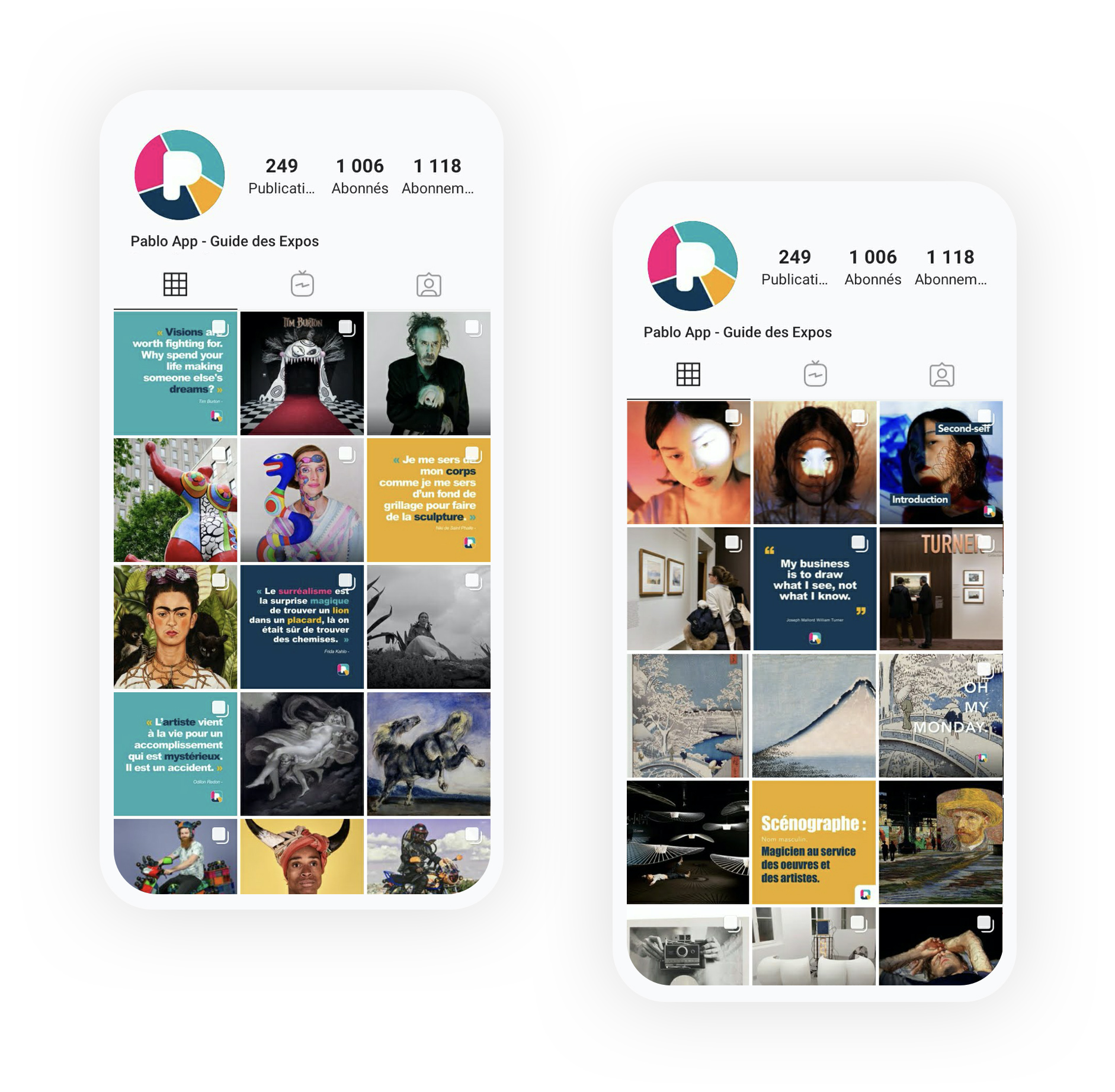 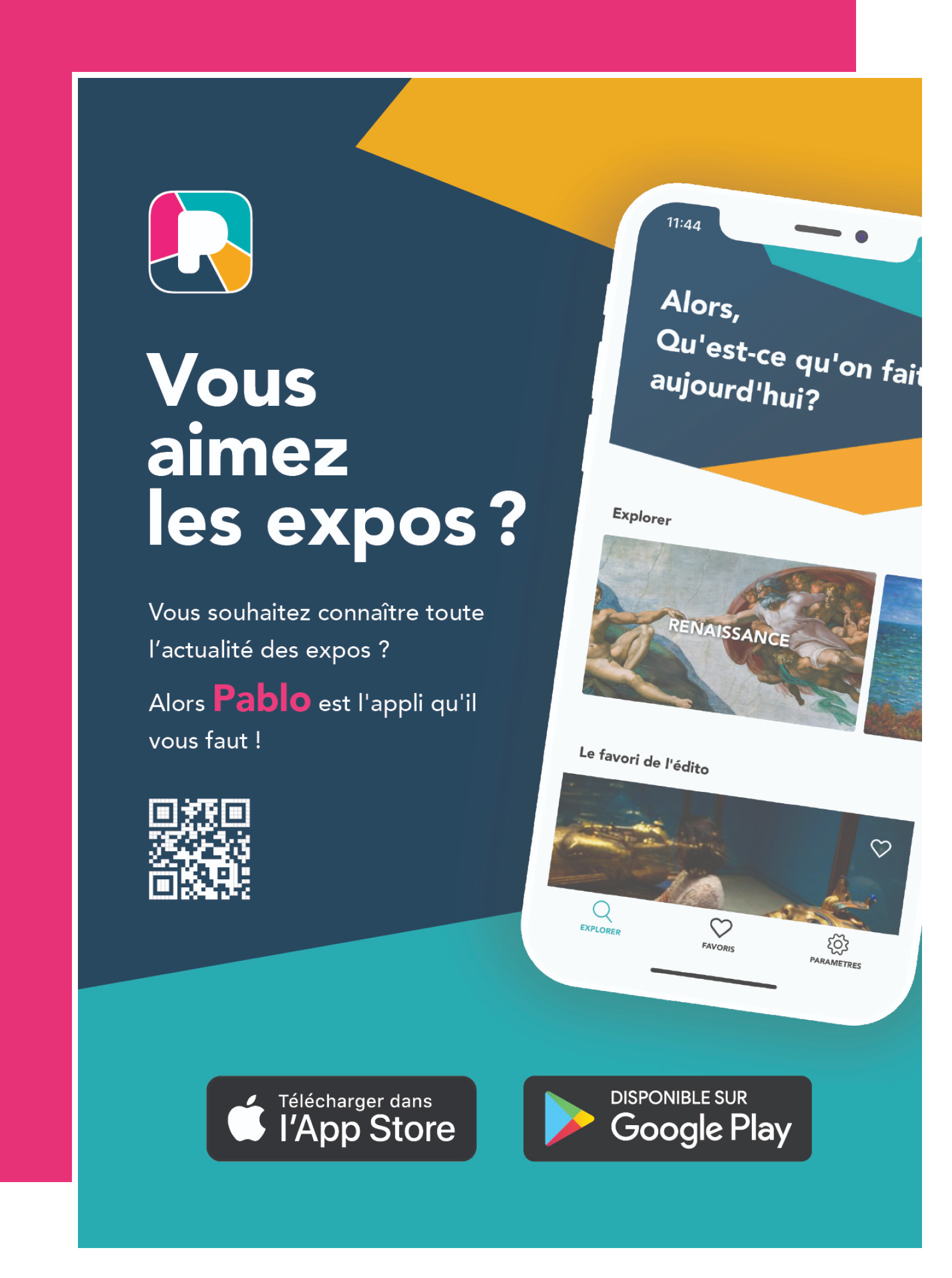